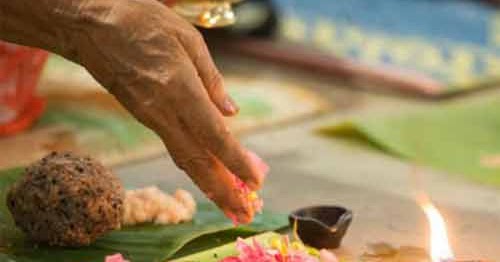 In Hinduism, Pitru Paksha is the rituals performed by relatives for the departed souls of dead ancestors, parents and relatives. Tarpan and Shraddha are performed on all Amavasya or no moon days. But the most important period to perform Shradh is the Pitru Paksha period during the Krishna Paksha fortnight in Ashwin month (September – October). In some regions this period is the Bhadrapada Krishna Paksha.

These dos and don’ts are primarily followed in North, West and Eastern parts of India and it is to be followed for a fortnight – 15 days starting from Krishna Paksha Pratipada to Mahalaya Amavasya.

Shradh offered during Pitru Paksha (dark fortnight or Krishna Paksha) in the month of Ashwin (September – October) is of great importance in Hindu religion. Shraddh is the ceremonies and rituals performed for the departed souls of dead ancestors. It is believed that the souls will attain peace by the Shraddh rituals performed during the fortnight.

As per Hindu teachings, the Shraddh performed on Ashwin Pitru Paksha reaches the ancestors immediately and their souls will rest in peace. Hindu Puranas are full of details about Shraddh, especially Agni Purana, Garuda Purana and Matsya Purana. It is Yama, the god of death in Hindu mythology, who explained the importance of Shraddha performed on Pitru Paksha.

According to Matsya Purana, Agni, Vasus and Rudras act as intermediaries during Pitru Paksha Shraddh and take the rituals and food offered to ancestors. The ancestors bless those performing the ritual. In some places, the last day of the Shraddh is of great importance. The ritual is usually conducted near temples or on river banks.
The Shraddh or rituals performed during this period benefits all the dead ancestors. It is believed by Hindus that all the sinful acts committed by the dead will be cleansed by the shraddh. Those departed souls who do not receive Shraddh are said to wander aimlessly on Earth.
Pitru Paksha Shraddh is also offered by people to ancestors whose death dates they have forgotten. To relatives who had no children and who met with violent death like accidents or murder. Those people who failed to perform the annual shraddh (performed on the death date) also offer Shraddh during Pitru Paksha.
The customs and rituals performed during Pitru Paksha Shraddh vary regionally. Some people fast on the day. Some people observe specific customs like abstaining from non-vegetarian food during the fortnight and some do not cut their hair or shave.

The rituals are usually performed under the guidance of a learned person or priest.

Bharani Shradh is performed for those relatives and parents that had passed away during the current year.

The ritual is performed with the help of a priest on a riverbank or seashore.

In all regions in India, except in South India, this particular period of year is dedicated to offering rites and rituals to the ancestors. There is a belief that the rites offered to the dead during this period reach them soon and their souls will rest in peace. 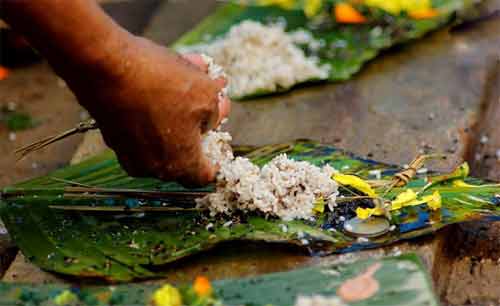 Gaja Chayai is observed annually during the Mahalayam fortnight which falls before Ashwin Navratri (September – October). Gaja Chayai 2022 date is September 23. It is observed on the Krishna Paksha Trayodashi or the thirteenth day. This day is chosen by those people who do not perform paksha mahalaya – rituals on all 15 days. This fortnight is popularly known as Pitru Paksha Shradh.

The importance of Gajachayai is that one need not worry about tithi, vara, Nakshatra and other doshas and can perform the ritual.

What If I Could Not Perform or Do Shradh During Pitru Paksha Period?

If you could not perform or do shradh during pitru paksha period then you can do it before Kartik month as per traditional Hindu calendar followed in North India.

Shradh occurs during Ashwin Krishna Paksha in North India calendar. The corresponding period in other regions is the Bhadrapada Krishna Paksha.